Image-Objects: the quest with silver imaging

The Daguerreotype Workshop with Jerry Spagnoli in Rome, SMPhoto Conservation

While making the current sensitising boxes, I would like to share abit of how I began my journey into the 19th Century image-making.

My first experience encountering anything that I had only seen in the photo-history books and documentaries on TV, was a daguerreotype. In 2011 on every Thursday in London, the Spitalfield market held various antique items for sale, selling various range of items from chairs to stamps, weapons and such. I came across a booth which had a few cased daguerreotypes which what I thought at first, was a few dirty old plates on display.

It wasn’t obvious at first glance, but when picked up, like many curious minds, when picked up to view them, the image just pops out from the surface! Between the tarnished mirror, laid a gentleman posed slightly to the side, well dressed and… 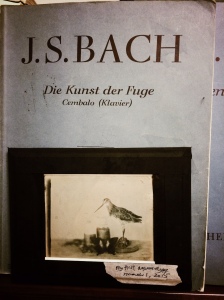 My first daguerreotype is far away from the impression I received from the real daguerreotype for the first time,  but I think I was pretty happy with the fact of making it by myself and I was carrying the plate, looking at it almost all day yesterday.
I put it next to my pillow when I went to bed.    I didn’t do this when I made the wet plate collodion for the first time.

Shooting photograph is nothing but looking into myself (that’s why I’m not very much interested in showing my works).    The daguerreotype plate is like a mirror and it reflect me in it.   I looked alternately both image and myself and kept doing it until I fell asleep.

A photobook by Shin Sugino